The Strange Animals of County Limerick 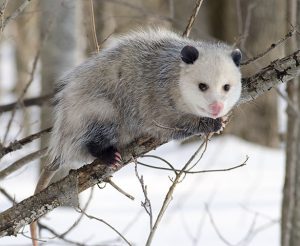 Sometimes the truth was stranger than fiction in the Limerick countryside. As was the case on the 16 May 1931 when a strange animal about the size of a rat was discovered in Abbeyfeale. It was first noticed at the back of a drapers shop and an attempt was made to capture the creature. The animal escaped up a tree where it was dislodged and fell to the street. Unfortunately once it was on the ground it was attacked by a blue terrier. The dog was the stronger of the two creatures and the other animal was killed.  An inquest was held to try and identify the animal but this was made more difficult as a portion of its tail was missing. Later it was discovered that an opossum had escaped from Mr Duffy’s Circus two weeks earlier and the night before its demise it had been chased from the bedroom of an Abbeyfeale resident who thought it was a Manx cat.

Duffy’s Circus has its roots in 1830s Ireland when Patrick James Duffy a young shoemaker from Denmark Street, Dublin, fell in love with the foreign circuses that travelled through the country. He soon moved to England with his wife Margaret to train as acrobats. The second of their seven children, John Duffy, set up the John Duffy Circus in the 1870s though it wasn’t until the 1890s that the family returned to Ireland. The circus is still operated by the Duffy family making it one of the oldest circuses in the world.

In 1838, a Mr Cahill of Whiskey Hall near Shanagolden was alerted to three giant cats which were roaming in Cragg Woods. The cats had attacked the wood-ranger who narrowly escaped with his life. Cahill took it upon himself to rid the neighbourhood of these beasts. He found and shot the cats which were described as larger than a terrier. Cahill then sent the skins to the Royal Cork Institute for inspection.