The Crows of St. Mary’s Cathedral 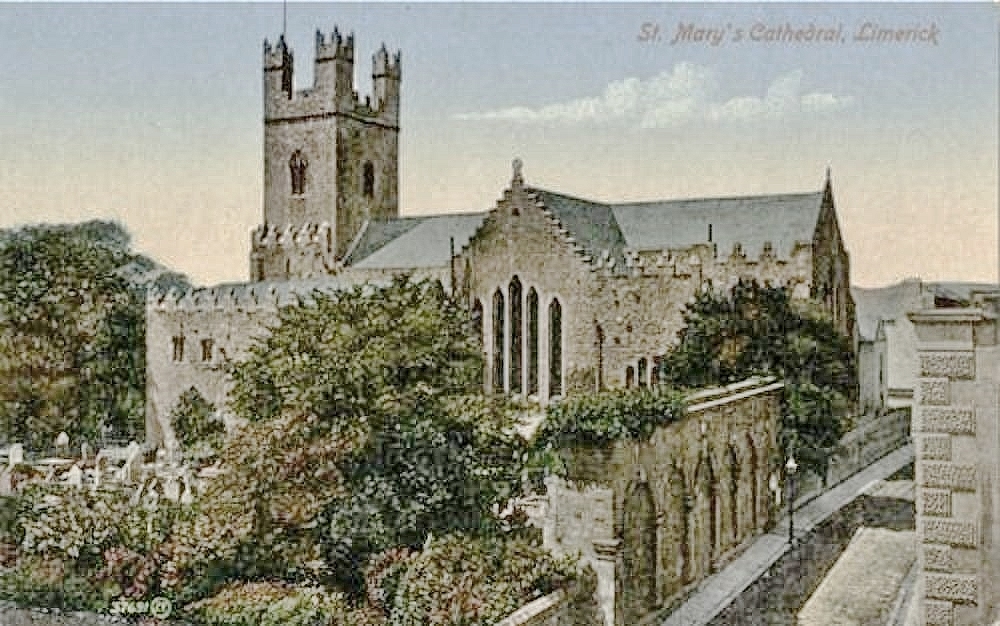 The following story of the wise crows in Limerick was recorded in the Ashburton Guardian 4 January 1888:

An exchange gives currency to the following ornithological yarn, of which we will only say that its very strange, if it’s true:-

The wall of St. Mary’s churchyard, in the city of Limerick, projected into the main street. On the inside of the wall were large elm trees, in which a number of crows had built their nests. This they had done annually for several years.

In the month of August, 1876, the street being flagged for the accommodation of foot-passengers, it was thought proper to move the wall further in, and consequently to cut down the front row of elms. For come days whilst this was in agitation there seemed to be a great commotion amongst the crows. At last a day was appointed by the Dean to hold a vestry in order to determine this matter.

When, the vestry met the trees were ordered to I be cut down. But it was agreed that one which stood at a corner should stand, and that those which stood backward, should remain as an ornament to the city. Before and during the sitting of the vestry the crows were continually together, and a loud chattering was heard on all sides. As soon as the vestry broke up, to the great astonishment of multitudes, the crows began with unremitting labor to remove their nests to those trees which were ordered to remain.

Only the elm which stood in the corner, and was in a doubtful position, they passed by. All their nests were speedily removed, except an old nest which for a long time had been unoccupied. These facts are well known by multitudes Limerick who were eye-witnesses. But who can account for them? Let him do it who can.

The Asburton Guardian was a newspaper first published in New Zealand in 1879, three years after this strange occurrence was said to have happened.