On the 1911 census, the O’Connor family were living in Nolan’s Cottages. They were recorded as James Victor O’Connor, 34, a scenic artist. His wife Anna Julia, 35, was an actress.

The O’Connors were married about 1897. They had five children although sadly by 1911 only two had survived. Their daughter Mary, 13, was a child actress. While their ten-year old son James was a scholar. In 1901 the family were living in Lanarkshire, Scotland, where both Mary and James junior were born.

Back in Nolan’s Collages in 1911, the house was very full. James’ brother thirty-seven year old Thomas Patrick O’Connor, an actor lived with them. As well as James’ nephew fourteen year old Frederick O’Connor, a scholar.

They were sharing a house with another family. The other family was headed by sixty nine year old Patrick Meany who also had an unusual occupation. He was recorded as a “Time Keeper”. This was clarified a little more on the 1901 census with the addition of two words “Time Keeper on Railway”. In 1901, his son Joseph Meany was recorded as a clerk at the railway but ten years later he was an unclassified labourer. 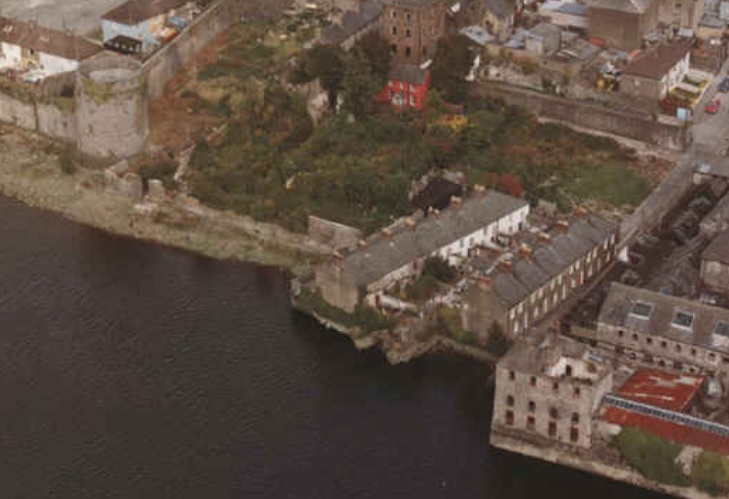 Nolan’s Cottages situated on the edge of the Shannon River. Image Limerick Museum