When entering St Munchin’s Church of Ireland graveyard turning to the right following the path around the church, you can’t help but to be struck by the beauty of the ornate gravemarker to the memory of Major Thomas Pakenham Vandeleur. The white gravemarker in a basic cross shape is ornately carved with vines and a dove. 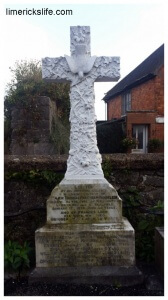 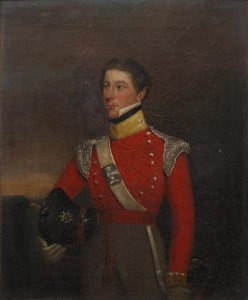 Thou Shalt Call and I will answer Thee. Jo 11th Chap 15th Verse.

Major Thomas Pakenham Vandeleur, was born in November 1798 and died on 17th January 1879 at Belfied, Limerick. He entered the army in 1815 and served in the 85th Regiment and 21st Fusiliers. In 1830 he sold his commission and retired from the army.