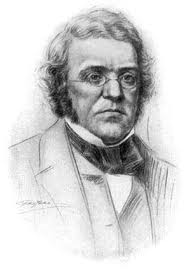 William Makepeace Thackeray (18 July 1811 – 24 December 1863) was an English novelist of the 19th century. He was famous for his satirical works, particularly Vanity Fair, a panoramic portrait of English society. He visited Limerick in 1843 and describes the Newtownpery district of Limerick in the following way:

” … you are, at first, half led to believe that you had arrived in a second Liverpool, so tall are the warehouses and broad the quays: so neat and trim a street of near a mile which stretches before you. But even this mile-long street does not, in a few minutes, appear to be so wealthy and prosperous as it shows at first glance: for of the population that throngs the streets, two fifths are bare footed women, and two fifths more ragged men: and the most part of the shops which have a grand show with them, appear when looked into, to be no better than they should be, being empty make-shift looking places, with their best goods outside.

Here, in this handsome street too, is a handsome clubhouse, with plenty of idlers you may be sure, lolling at the portico; likewise you see numerous young officers, with very tight waists and absurd brass shell-epaulettes to their little absurd frock coats, walking the pavement – dandies of the street. Then you behold troops of pear, apple and plum women, selling very raw, green looking fruit, which indeed, it is a wonder that anyone should eat and live …” 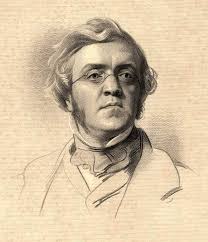